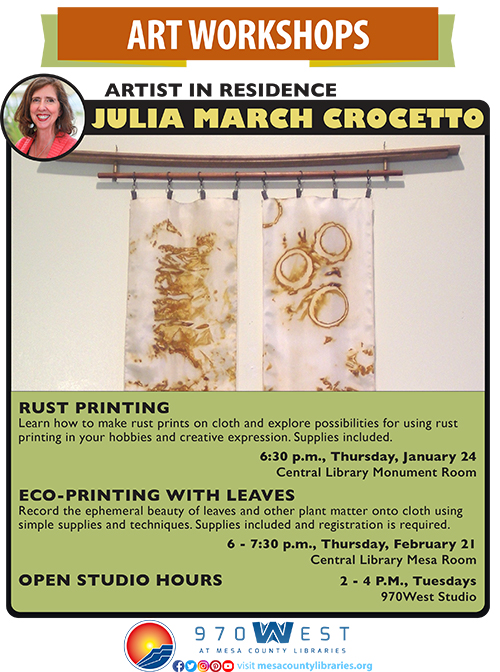 Found objects capture our attention with their textures, color, connections to history or personal memories. Rust printing enables us to record an object and incorporate it into our lives in more tangible ways. Rust can also be harvested and used as a pigment, with painterly potential. Join this informal workshop to learn how to make rust prints on cloth and explore possibilities for using rust printing in your hobbies or creative expression. Feel free to bring small objects for rusting or discussion. Materials will be provided.