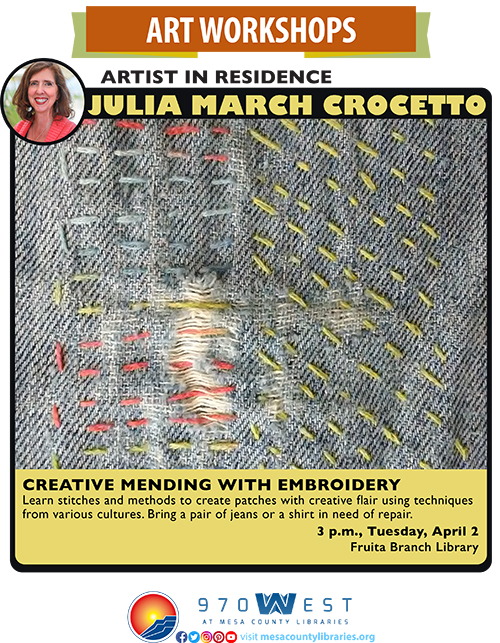 In this era of abundance and internet shopping, a quiet revolution has been unfolding. Mending has become an elevated craft, embraced as a fun, cheap, and practical way to fix damaged clothing, as well as a signal of intentional re-use, up-cycling, and a rejection of "disposable" low-quality clothing. Time-honored techniques of mending and decorative stitching from various cultures can be incorporated to create attractive, durable repairs. After a short slide program, learn some stitches and methods to create patches with your creative flair. If desired, bring a pair of jeans or shirt in need of repair.