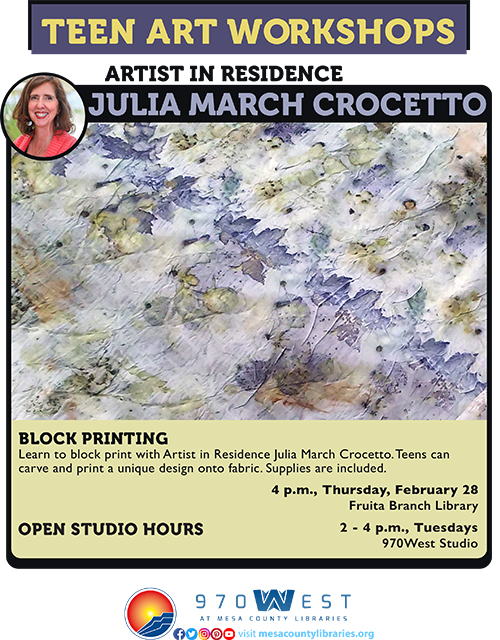 Learn to block print with the 970West Studio Artist in Residence Julia March Crocetto! Teens are invited to carve and print a unique design onto fabric. Supplies are included.